Pet friendly artificial grass, Is your beloved pet constantly making muddy paw prints all through your house, not to mention ruining your lawn with yellow or burnt patches?

Switching to Artificial grass is an ideal solution to solve all of these problems, Dogs love it and so will you. The soft, hardwearing surface enables your pet to run and play outside whatever the Great British weather present and amazingly leaving no muddy paw prints.

Our grass doesn’t freezer over during the winter and never gets muddy. It’s also UV stable meaning the sun won’t effect it.

Don’t panic if pets ‘do their business’ on it, our fake grass is permeable and easy to clean. What’s more, the artificial grass fibres will remain completely undamaged.

Investing in an artificial grass lawn means it’s doggie heaven for playtime and hassle free gardening for you. 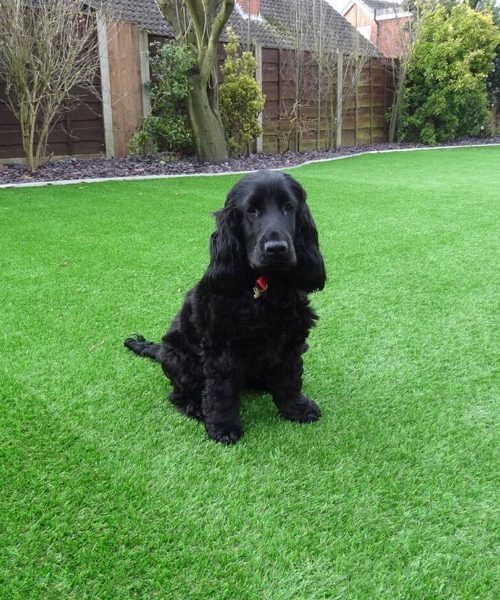 Artificial turf is extremely tough, durable and safe, making it a perfect surface for children to play on. Preventing mud and grass stain mess

Say goodbye to the mud, Meaning your pets can play our all year around

A negative of real grass is that daily use often results in unsightly patches or puddles of mud following heavy rain and use, With artificial grass you are guaranteed a surface that looks fantastic all year round.

All our grasses are pet friendly which means, No more brown or bald patches and no more muddy paws!

What is PU (Polyurethane) Backing ?

Widespread use of polyurethanes was first seen during World War II, when they were utilised as a replacement for rubber, which at the time was expensive and hard to obtain. During the war, other applications were developed, largely involving coatings of different kinds, from aeroplane finishes to resistant clothing. Polyurethanes are polymers and best thought of as chains of three-dimensional structures made up of long, repeating smaller units called monomers

It may sound silly, but research proves that dogs/pets can be allergic to latex. latex toys or artificial grass tend to show contact dermatitis The latex can affect dogs by causing a skin reaction such as redness, dry/scaly skin and hair loss. Constant scratching, chewing and licking can be a behaviour shown..

PU will not absorb moisture, liquids or urine as latex does and so greatly reduces hygiene/odour issues associated with dogs and artificial grass, however we still recommend hosing your grass once your pet has done their business as often as possible.

artificial grass for dogs, If you are kennel owner or a doggy day care centre you will know how important it is exercise the dogs in your care, however finding the perfect all year round surface where the dogs can run and play can be difficult.

Natural grass areas is simply not at option:

So what’s the solution?

Artificial grass has been around for many years, however its popularity has increased since more businesses including:  Kennel Owners, doggy day care centres, agility training centres, dog run areas, dog show events and other pet friendly environments are realizing the benefits of the fake grass. 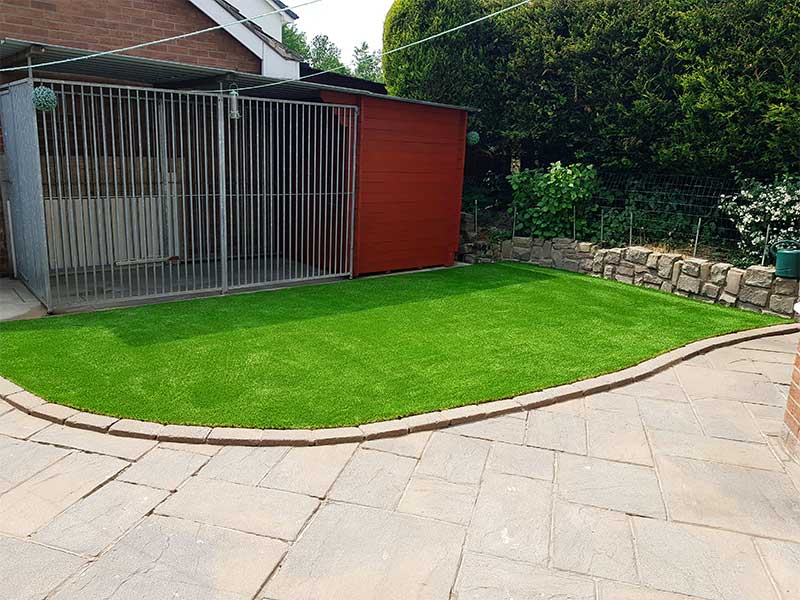 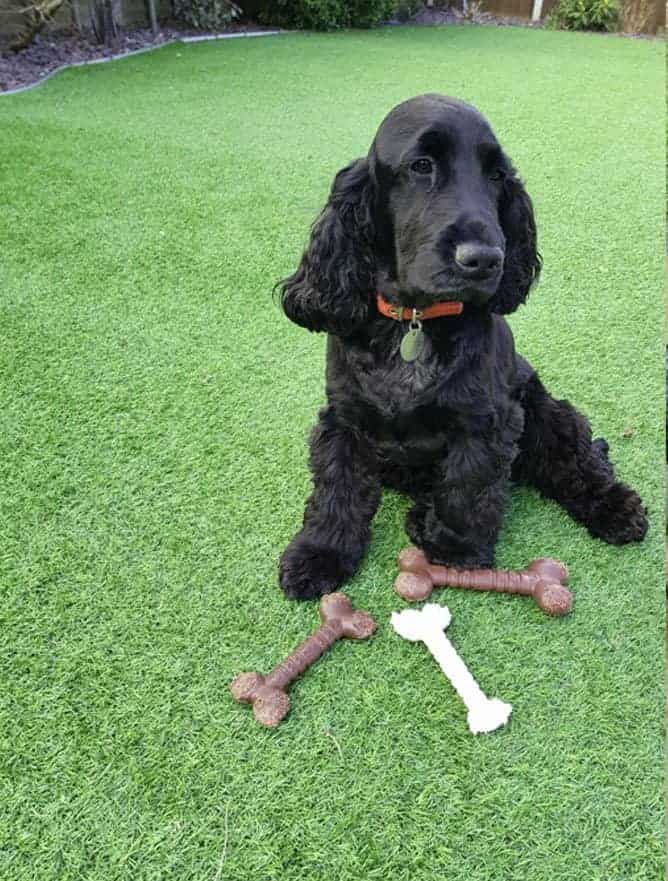 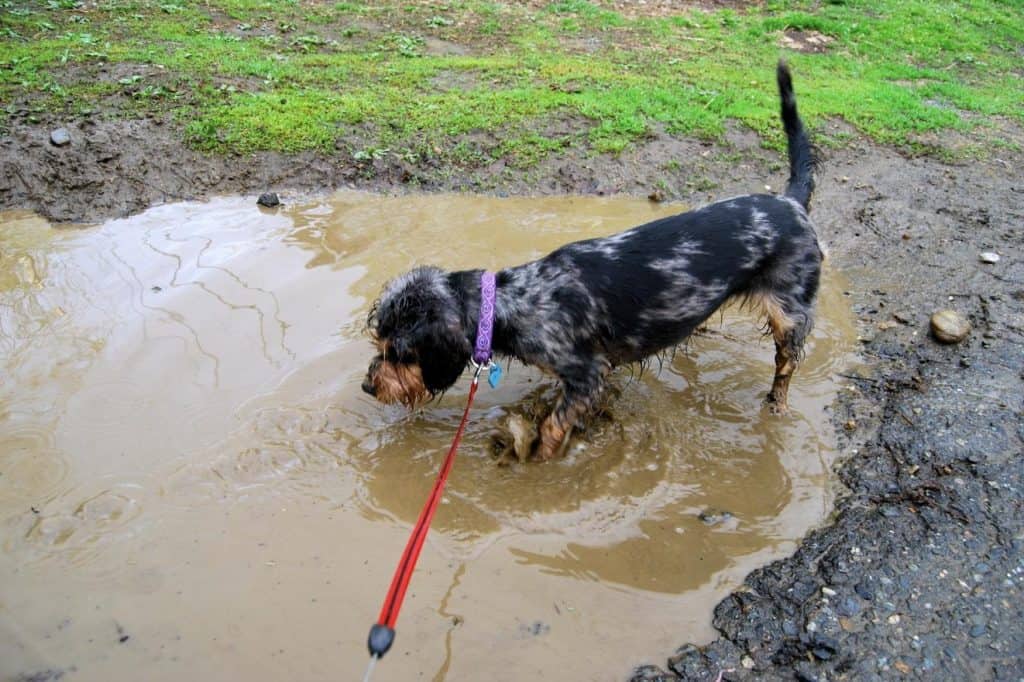 How Do You Clean Artificial Grass Used By Dogs

Any solid mess should be picked up straight away and disposed of in the normal manner.  Any residual left behind can be hosed down with water.  Specialist cleaning products are available to buy from other suppliers, however can be expensive, warm soapy water is normally sufficient along with a stiff brush.

For kennels and high traffic dog areas, during warm weather months we would recommend hosing the grass with water regular, this will prevent any urine smells.  During wet weather this is not needed since the rain will clean / wash the grass for you.

Take a look at our product

Quick Look At Some Of Our Work

Here at GJones Landscapes we cover a large area of Manchester and surrounding areas including;

With artificial grass you can say goodbye to mud, mowing, watering and feeding.

Say goodbye to the lawn mower and just imagine looking out your window and seeing a beautiful, lush, green well maintained lawn all the year round where you and your children can relax or play freely

G Jones Garden Services Ltd is a family run business based in Manchester which was established in 1988. We supply and install artificial grass to: domestic gardens, schools, nurseries, play areas and commercial properties. We offer a variety of landscape solutions to complement our artificial grass, our experience in landscaping means we can transform your outdoor space and not just your lawn. All work is carried out by our own DBS
Enhanced checked staff. Our success has been built around ensuring every job is completed to a high standard and leaving our customers extremely happy.